Something tells me I am not the first person to be bothered by the “disability” label. I know it is useful in a variety of ways in terms of access and services, and that many do embrace it. Just – two quibbles:

Second, the term overlooks a crucial fact: that people with “disabilities” often have extraordinary abilities, some compensatory (the blind using other senses more effectively, for instance), some attendant to the “disability” (say, “savants” with autism or an olympic para athlete), some simply random or hereditary.

So, while one could certainly say that a person with cerebral palsy is lacking a certain degree of mobility, one could also say that the person who yelled “Go back where you came from!” to my Chinese American friend and daughter when he almost mowed us down with his car was also lacking something most individuals might hope to share in a best case scenario.

Matter of fact, I can think of some fifth graders who are lacking a modicum of whatever car-slur dude was lacking.

Dear reader, you are probably tired of hearing this, but I do so wish the majority of people shared the exceptional openheartedness and kindness of my son, who happens to have autism. That they do not seems to me more of a “disability” than his.

I am not suggesting we throw out the useful aspects of disability as a category or identity.

Nevertheless, for general use, isn’t there something better?

After all, we are ALL “disabled” in the areas in which we struggle, and enabled both by the areas in which we flourish and by those aspects of our individual being that our cultural and social environments generally support. We all more or less successfully make all sorts of accommodations for differences and “special needs” (our own, and those of others). We blunder through all sorts of ill-fitting situations. We celebrate, ignore and denigrate myriad manifestations of the unique in equal measure.

The term “differently-abled” is so, so ungainly. Diffabled for short? A quick google search reveals I am by no means the first to think of this term, but it is one that bears disseminating.

It’s a great label – for everyone.


I dedicate this post to my Gram, Merlin Lorene Cunningham Shaffer, 10/20/17-5/22/13. The giant rocks on her tiny fingers from her adoring husband were the LEAST spectacular thing about her. Love you, Gram.

Z has a history of jewelry…interest.

So, when my favorite talismanic rhinestone necklace disappeared, I had a pretty good idea of the perp. I also knew it would do exactly zero good to question said individual. Like, have you ever tried to convince a narcissist of something that doesn’t fit their view of reality? Or tried to get your Tupperware back from – oh, wait, you don’t know her…

Z is the most convincing person you may ever meet. Unless I have 100% conviction to back me up, I don’t even broach any marginal subjects.

In fact, I almost took her to have her hearing checked out because girlfriend is so convincing she doesn’t even hear you if she isn’t tryna hear what you are saying. Over the course of several days her ignoring me and then saying, casually, “Oh, sorry’ [but being, definitely, not sorry] happened so frequently that I became concerned. Schedule a hearing test? Sure, until I realized she was testing me. Cheeky.

Had I asked her about my necklace, the conversation would have gone like so:

“Say, Z, you haven’t seen my special blue sparkly necklace have you”

[Possibility that cat has batted necklace behind shelf enters mind of mother.] “Okay.” [Result: Daughter knows Mother is not omniscient.]

For contrast, let’s examine an interaction wherein FSM knows the facts with certainty:

The setting is the walk home from school last Friday.

Z announces, nonchalantly, “Mama, Mrs. S said we should tell our parents we are supposed to go to pizza night tonight.”

“Oh, really?” I query, knowing that the event in question is entirely optional – and geared toward the upper elementary classes. “Should I speak with Mrs. S about that?”

“Well, she didn’t really say…I’m not sure what she said, exactly.”

“Did she say you should go to pizza night?”

Did she feel like she was telling the truth when she told me what her teacher said? No. Z admitted she hadn’t been thinking about that (truth), just wanting pizza.

We don’t want our families to live in a climate of suspicion. This is a struggle when a family member has an attachment disorder! I do want to show Z, though, that lying is something that will be discovered and is not an effective means of communication. So, in this sort of context (grey areas of truth) I only want to ask her questions to which I basically know the answers. I don’t want to teach her that she can successfully fool her mother and take things with impunity.

Also, gimme back my necklace!

Not only was this necklace Most Spectacular, it had been given to me by Swan Ayi to remind me of her friendship during a thorny time. I’d clutched that necklace through a series of “Clutch Pearls!” moments, trust me. 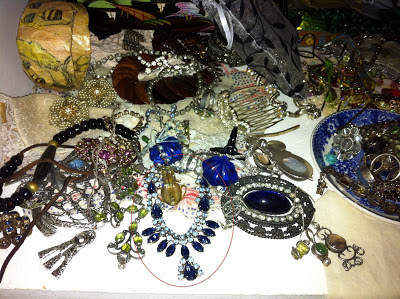 Figure I – Most Spectacular Necklace (circled)

I searched far and wide. I can find anything at any time. Because my house is soooo clean. Not.

It is tiny, though, so there’s not that many places to look.

One day my precious necklace suddenly appeared on my (locked) closet floor, where it had decidedly not been before – and precisely where it might have been slipped under the door by small fingers.

But, meanwhile, we’d begun a conversation about the existence of “Finding Fairies.” Z’s eleven-year-old brother contends that, “fairies aren’t real, except the tooth fairy,” but we gals felt pretty confident about these FFs.

I decided to do a little experiment.

Z wrote a note to the FFs about my necklace and how it had disappeared. We put it by her bed with some little gifts – flowers, sparkles, etc. The very next morning, there the necklace was!

What does this all mean? Like some other Z/truth conundra, this feels like a grey area I am unqualified to elucidate.

The whole thing, though, did feel a wee bit…fun.

Confrontation avoidance? For once not feeling obliged to Lecture? Something about magic and second chances?

Posted by Full Spectrum Mama at 8:27 AM 3 comments:

Not long ago, I ran into someone I vaguely recognized at an event the children and I were attending. As we purchased tickets, I remembered that we’d met maybe six or seven years ago and that she’d had a son who at that time was being evaluated for some differences. G hadn’t been diagnosed with autism then, but had been tentatively labeled as having a Sensory Processing Disorder (SPD). *

With G and Z sort of doodling around behind me, I initiated a brief conversation with this woman:

Me: ““Hi. You’re blah blah, right? Yes, I think we met over to the blah blah when our boys were little…”

Me: “Great, thanks. You? Do you still live on xyz street?

Me: “And didn’t you have a son with asperger’s or something like that?”

I look around immediately, furtively to assess damage. G’s back is to me, uncharacteristically still.

First, I say, helpfully, “Well, I do. Have a son with asperger’s. He’s really great!”

Next on the agenda? Make a list, of course!

Why I thank whatever forces in the Universe brought me this child who is the best kid (boy division) I have ever known (abridged version)
He is super-kind
He always tells the truth
He is generous
His attempts at eye-rolling show just how little of a real eye-roller he is
He is goodhearted
He is selfless and has no guile whatsoever
He doesn’t care what people look like
He doesn’t care what people have – money, status, possessions
He loves his teachers and makes them feel extra-appreciated
He is a gentle warrior for justice
He would never intentionally hurt any creature, except in self-defense or defense of another
He loves animals for the whole, worthwhile beings they are - with all his big heart
He always does what he says he is going to do
He always has good intentions

Well, some of them may be better at eye-rolling than G. But not much.

A dear friend recently shared a blog post with me where a mother was expressing her anguish about her child’s SPD* diagnosis (http://www.scarymommy.com/somethings-not-right-with-our-boy/?utm_source=feedburner&utm_medium=feed&utm_campaign=Feed%3A+ScaryMommy+%28Scary+Mommy%29) .

Sure, anguish is a piece of the autism/difference picture  – but for me (and most other people I know with autism and parents of children with autism) it’s anguish about how the neurotypical world will treat us/them, NOT about the “condition” itself!

I’m not saying this discrete anguish is wine and roses, baby -- it can get you down. But it is separate – at least for me – from feeling that something is WRONG with my boy (or me, or my friends, or their kids…).

For many of us, getting through the diagnosis and labeling morass, and, dealing with well-meaning and/or thoughtless ignorance are the grueling bit.

And so I say unto you, Praise the Universe, YES, I do have a child with autism.

* Sensory Processing Disorder is generally related to the autism spectrum, although not considered on it per se. These two neurological conditions may co-present in some individuals.

Posted by Full Spectrum Mama at 7:26 AM No comments:

The Incident of the Overactive Extrapolator – Catastrophizer

Many moons ago I speculated that we each possess a certain level of reactivity, and that this reactivity is often exacerbated by parenting. I further postulated that there is a hitherto undiscovered gland that modulates this function, and, being its discovererer, named it the Extrapolator–Catastrophizer Gland, or ECG for short.  (For further information, please see http://fullspectrummama.blogspot.com/2012/04/would-you-ratherii.html .)

Well, I recently discovered that mine is pathologically enlarged. How refreshing! This gives me hope that it may, in the fullness of time, subside!

I asked what his answers had been.

To the first question, my Mr. Literal had responded, “I don’t understand why people say obvious things.”

And for the second?

“People don’t understand why I like to make weird noises.”

“Yes,” I agreed. “That’s probably true. I don’t mind them except when you get loud sometimes. But yeah, kids might not understand some of the sounds you make or why you make ‘em. No big deal.”

A lifetime passed during which my heart broke, my nervous system went into fight-or-flight mode and I mentally outlined a long, putative blog post about this interaction. 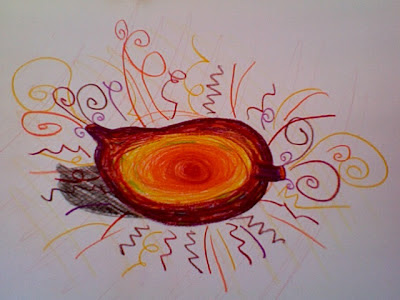 Figure I – My ECG at time of Incident 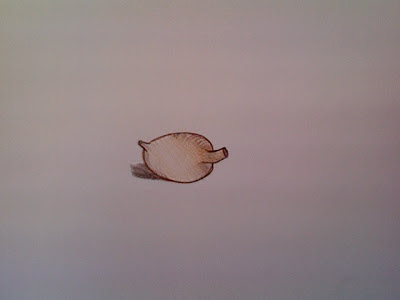 Posted by Full Spectrum Mama at 8:10 AM No comments: