If you haven’t already got one, I suggest you find yourself a Meeting Friend. What I mean by this is we all need someone who is in a similar situation. You know, the other person who, like you, secretly wants to do the merengue at the water cooler at your conservative office, or the one who also thinks about global warming All The Time, or has to bring their own snacks to school because if they eat vending machine snacks they will be sick all over the common room. The other single parent. The one at the boozefest who’s also in AA.

Whatever your difference, it usually feels better when shared.  Who wants to feel “special?” Or be a martyr? Better to not be alone in differences and/or challenges, no?

For me, finding someone who, like me, was dealing with a surfeit of school meetings (both historically and currently) was a game changer. It made me, as the mother of a Full Spectrum of children, feel like I shared a challenging aspect of life with another human being. It gave me a chance to connect over meeting topics and strategies, rather than having to accept empathy/sympathy from someone who had no idea what I was dealing with or, more likely, choosing to simply keep my mouth shut.

Depending on your location this might not be easy – it took me eleven years - but it’s something worth seeking out if you haven’t already found that person or persons.

And so, without further ado, I present to you:

Ode to a Meeting Friend
For D

Ask, How many weeks in did it happen to you?
Wait…You’re on your way NOW to a dread meeting TOO??

Say: I take it You got “the school call” today too?
I know how you feel and I know what to do!

Between two there are so many ways to face meetings!
Some sob fests …co-ranting…emotional eatings!

Between two the whole scene becomes funnier, normal…
You can bawl, laugh or BOTH now, without being formal.

A Spectrum of What You THINK You Are Going To Do
This particular Spectrum has come up a lot lately so it seems like a good time to share:

Madelino warned me when Z started kindergarten that I would need a year to recover, at least. She said that I might think I was going to now be able to do all that stuff I’d not been able to do all these years (so, now, in addition to teaching, I would definitely write that novel I’d been meaning to write, find new work that earned lashings of money, see friends, organize our lives, have plenty of time to relax…and, oh, that memorial poetry cycle!).

What would actually happen was that I would spend a lot of time on catching up on nine years [fill in your number here – or just insert “the summer months,” because that counts, too; or tailor your slightly unique accomplishment delusions to "during my week off" or "when I go on sabbatical"...] of barely accomplishing anything outside of work and parenthood, and a lot of energy on imperceptibly returning to human status. 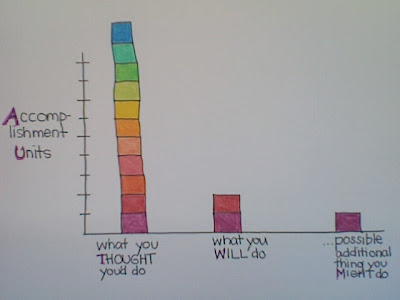 Lack of Accomplishment: as this Scientific Spectrum demonstrates, it’s just…normal.

A Clarification Spectrum
As just happened with PiMP’s prior post, sometimes I make jokes on this here blog and people on certain parts of the spectrum take them literally and worry about me/us and ask me if I/we are okay when I/we are really fine and dandy. Sometimes my funny, funny jokes make people on other parts of the spectrum take them at face value (literally) and assume I/we are all fine when in fact I/we are struggling.

Is this a metaphor?

A Cupcake Spectrum
More than one person explained what the kids’ new school would be like in terms of cupcakes.

One pal told me that whereas at X school one must bake gluten-free, not-too-sweet birthday cupcakes - say, nut-free banana muffins with lightly maple-syruped casein-free vegan cream cheese frosting - at our NEW school the ones from the grocery store with the day-glo frosting are more than acceptable.

Another said that while homemade cupcakes are de riguer at most area elementary schools, and especially at the private schools, at our larger, more urban school nobody even notices such [stuff].

Clearly, at G and Z’s new school, parents are relatively free to simply provide celebratory sugary treats of their choosing without judgment or condemnation! People with special dietary needs – well, I dunno. We have been a gluten-free and dairy-free household and now are mostly sugar-free, yet this felt super-liberating, as fall is a barrage of Full Spectrum Birthdays.

As a trained Sociologist, for what that’s worth, I was naturally* ruminating on the socioeconomic implications of cupcakes, when, come to find out, G being the least spectrum-y person on the spectrum in his class, he’s got classmates with dietary restrictions for the upcoming birthday event.  So here we go again with the gluten-free, casein-free, low-sugar (chocolate, though!) cupcakes.

In any case, the important question remains: where on the cupcake spectrum do “allergen-free,” “good for you” and “tastes good” meet?

Not only do the Full Spectrum children exhibit eclectic Mess styles, with Z’s messes shipshape and lined up and G’s…prodigious –

-- they also manifest a Cleaning Spectrum of remarkable breadth.  While both children’s messes may cover an equal area (area=entire surface area in room), one will take ten minutes to clean her room while the other will take ten hours.

A Tiny Expression of an Eating Pattern Spectrum 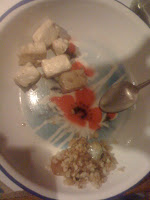 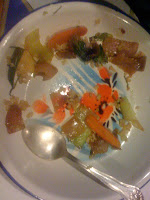 Dennis and Jules had both come from families that hadn’t really felt good. This they’d shared and when they’d come together it was to make a home that did feel good, and even to say: Fuck you, disappointing families.
Meg Wolitzer, The Interestings, (p. 299) 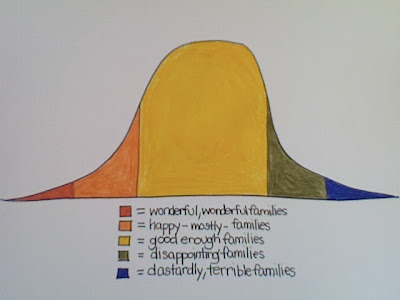 We are just, kinda, on the tryna keep it in the warm color range plan.

A friend started giggling at my bemoaning Z’s back-to-school choices: “the flashiest, pinkest, cheapest-looking, hoochie mama-est item, every time!!!!” She said that her daughter chose her entire fall wardrobe from “The Hooker Line” and showed me some pretty great examples on her phone. And the thing is, these are smart, strong girls being raised by strong, feminist women, and, mostly, we are laughing about it.

Sure, this being Vermont, kids have no problem with second hand, and we get lots of hand-me-downs from fabulous young wimmin/womyn/womin/wymyn. But there are inevitably a very few things that we still have to buy in the Big Stores.

In that context, I can see pretty early in on this shopping-for-daughter thing that buying gear for Z is going to be a heck of a lot more tricky than it’s ever been with my son. It seems some children have strong tendencies toward what one might refer to as pizzazz. And some parents want their daughters to be making creative and satisfying choices that nonetheless skirt the safer boundaries of hoochie mama. Hoping for healthy self-esteem and body-awareness to trump mass culture and the sexualization of children and tweens.

And then there are those parents who maybe had a little too much pizzazz themselves and want to shelter their daughters from the dangers of pizzazz…and those who, lacking in pizzazz, encourage their daughters to new heights of pizzazzified self-expression…

Meanwhile, at the other end of the Spectrum, I am trying to get G to be more materialistic: “Isn’t this pretty rock n roll? Pretty punk rock?” I’ll ask…”Wanna buy it?”

As my best friend Lucy used to say, “Horrors!”

Posted by Full Spectrum Mama at 5:52 AM No comments:

Posted by Full Spectrum Mama at 5:52 AM 2 comments: