Um...warning: You might not want to read this if you are new to yoga.

For nine years I was a yoga teacher, co-owning and co-directing yoga centers in New York City’s East Village and New England with my ex-husband. For a variety of reasons, I came to dislike that world. My neurology leans toward the literal -- and black and white distinctions -- and I was chronically unable to reconcile what I saw as rampant hypocrisy by yogis, especially yoga teachers (not to mention yoga studio owners!), with the practice and philosophy of yoga. I came to feel that people in the “yoga community” – most egregiously those in positions of authority -- often used what they knew of yoga philosophy to justify their actions: cruel actions were “awakening people to their own egos,” greed was “removing other people’s attachments,” stuff like that...

But in terms of the teaching itself, I think my biggest obstacle came down to this: while I would be saying the first part of the instruction in a sweetypoo way, I would be thinking the second part (in italics), like so:
“Feeeeeeeel the bliss of being in the present moment…because we are all going to die.”

Sometimes it got worse. Even though I liked and even loved most of my students, there would be pairs like this:

“Let gratitude suffuse every fiber of your being…You know what? You are so totally privileged to be here at 9am in the morning when everybody else is working or worse, and yet you still complain!”

“Be kind to yourself. Lift the corners of your mouth. Give yourself a hug….we all know that as soon as you leave this room you’ll pretty instantly turn right back into the total beyotch [bastahd] you were before class.”

When I got divorced, I left everything but the kids behind, including the yoga center my ex and I had run together for almost ten years. I haven’t had the time or money to attend yoga classes since becoming a single then working (of the non-running yoga center and teaching yoga variety) mother. Instead, I’ve been practicing at home, which I very much enjoy on those rare occasions when I am able to make the time for it.

The big news for me is I’ve just started back to taking public yoga classes -- on a super-limited basis (two classes in three months)…Guess what? I am having a very hard time with it! Every sweetypoo thing the sweet, sweet teacher says sounds inherently vapid to me, and I keep adding those dreadful non-sweet codas to the sweet sentences the teacher utters: “Now, just let go of all those thoughts…[Oh...Really? Do you think we should just be able to do that so easily? Have you ever actually truly suffered? Been worried about putting food on the table? Worried about being harassed just for the color of your white skin?...Do your children, if they are lucky enough to have enough to eat, get bullied???]”

I know this is totally unfair. I probably even sound bitter and evil! The funny thing is, the rest of the time – when I am not in a yoga class -- I am usually thinking pretty kind thoughts. TRULY! Also, I know the teacher is probably sincere.

Yet the thoughts keep popping up. It’s like when someone tells you not to think about something and you Just. Can’t. Stop.

So, even though I always secretly criticized people for viewing yoga as a physical thing, I’ve decided to try to just focus on the physical for now -- the breathing and the movement and precise alignment of the body -- since I am clearly still disillusioned with the spiritual side of the yoga world after so many years of seeing people not “live their yoga.”

There’s a tradition of practicing silence in yoga known as Mauna. With Mauna, one practices clearing the brain and mouth of chatter, bringing clarity and peace and spaciousness to life. I’ve actually gone on Mauna retreats (back in a very different reality) and loved them. But for now, I am just trying to be as mentally and philosophically silent as I can in my practice.

What does this have to do with the Full Spectrums? Recently G has been getting up to no good at school. Being sneaky and lying about assignments to avoid the whole new academic success program we have him on. So that he doesn’t fail out of 7th grade? (That’s another post). And Z has been up to some of her old RAD* tricks too.

As I revisit the whole sweetypoo yoga thing, it occurs to me that I am a talkative, and, yes, sweetypoo mom. Despite my ramblings herein and my scoldings to them, I always think my kids are fundamentally perfect and am prone to telling them so. And G’s teachers and the ex, even Pardner, are sometimes incredulous about my inability to really see and accept the more trifling aspects of G’s behavior and/or character. Z is better at “passing” for healthy outside of the home, and hiding her behaviors, but she, too, could improve her act at school and at home.

It occurs to me that the kids are – consciously or not – adding on to the exchanges we have. Clearly, I am not always getting through to them, as evinced by their actions, eye rolls, &c. -- and perhaps it’s because there’s too much sweetypoo talk! Here, the italics are their add-ins:

Me to G: “Wonderful Junior, I just can’t believe how much I love you!...Mmm hmm, that’s because you’re my mother.”

Me to Z: “My very own darling daughter! You are so fun to have special time with!...Give me more sugary treats now!”

Here, too, it gets worse, especially with my “famous” advice:

Me: “[G], make sure you remember that if someone is mean to you it is because they are hurting inside...blah blah blah. Heard this before.”
G: Yes, Mom...yeah right”

If it’s my fifteenth philosophical exhortation or admonishment for the day, what should I expect?

OTOH both children truly are happy most of the time, and seem to be on the right track in most areas. They’ve been told enough times which fork to use, and when to say please and thank you, and to wipe, wipe, wipe....At a certain point the ball is in their court, right? So I’ve decided it’s time for me to can it a little bit with the yapping. Dare I say...Let go a little?

You see, the second halves of my yoga sentences above are true. People who get into yoga are usually looking for healing on some level, and they are flawed and broken just like the rest of humanity. Perhaps many yogis are seeking because they are more hurt, broken and flawed than the average person. And then yogic practices can take some time – not hours or days, but years, even lifetimes - to be effective. So teachers and students alike aim with their sweetypoo words toward what they hope is true...yet we do not necessarily live that truth in all our thoughts and actions.

The first parts of my yoga sentences above are sweet...and potentially insipid; the second parts are ugly...and real. Same with what’s going on with my children’s sentences. And I want to change that. Call it Parental Mauna: I want to try to be more mentally/philosophically/verbally frugal (silence being impossible for the obvious reasons) as I can in my practice of parenting.

So here’s my PLAN:

Let’s see if they notice.

P.S. Dear readers, feel free to share your own such sentences in the comments section below! I would LOVE to hear them.

Posted by Full Spectrum Mama at 8:27 AM No comments:

WE ARE NOT YOUR TEACHABLE MOMENT

We are a Colorful Family. When we are out in public, we are usually the ones people are looking at. Because we are unusually attractive. OR, perhaps, because one of the kids is usually doing something "interesting" and one of the parents (usually me - Pardner is a chef, and chefs quite a lot) is usually doing something "creative" to try to channel the "interestingness."

I’ve realized over the years, because I find myself staring when I see families with differences or public challenges, that some people—like me -- look on with identification and empathy.

Some look with scorn and judgment (those guys don’t even deserve this sentence).

But the other group consists of the ones who want to use my family to teach “tolerance” – which feels a little condescending -- or those who (much better) are aiming for respect and acceptance, whether of neurodiversity or ethnic diversity or any other inclusive impulse…

Um, may I just say that being anyone’s “Teachable Moment” can be a wee smidge annoying? But okay, I get it, people.

So here’s my Lesson Plan for this Teachable Moment: 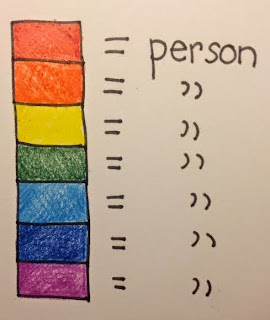 Guess what. It's a spectrum. Is yellow "better than" violet? No. Red vs. green: who wins?

Neurotypical's not better than neurodiverse -- and vice versa.

Please think carefully before you approach us just because one of us is brown and might not be “mine,” or because one or two of us seems quirky…unless you do so under an equal and inclusive flag.

Whatever we are representing to you, it’s probably not our "fault." It’s not even necessarily that interesting.

There's nothing wrong with us, or at least no more than there is with any other given family. And we all need to learn to get along. Best we do so with the basic assumptions that no one is a specimen and that we are all equally valid members of this funky human rainbow.

Thanks – I needed to get that off our Spectrum. 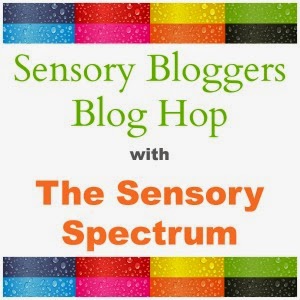 An InLinkz Link-up
Posted by Full Spectrum Mama at 5:35 AM 10 comments:

I am finally ready to share my greatest Full Spectrum parenting tool of all time: Rainbow Mac n Cheez! 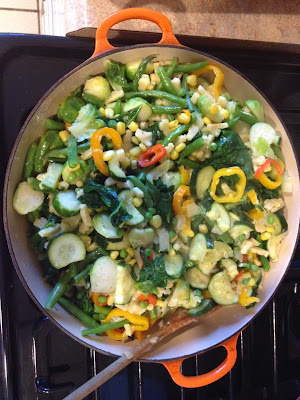 What's that you say? That it does not look like mac n cheez? To YOU perhaps...but in the Full Spectrum household Rainbow Mac n Cheez  has, in the fullness of time, become our go-to savory treat. Rainbow Mac n Cheez maximizes vegetable consumption while lending children a pleasurable frisson of eating junk.

The trick is, you’ve got to sneak it up on them. I started over ten years ago by mixing a little bit of store-bought spinach salad into a box of prepared gluten-free, casein-free, store-bought “mac n cheez” mix. By the time Z came along a few years later we had gradually worked up to a 1:1 ratio of vegetables to noodles. Also, we had ditched the gluten-free, vegan thing, although we did try that again later (and Rainbow Mac n Cheez is totally doable GFCF).

By now the ratio, having increased over time, is more like three parts vegetables to one of pasta. I also toss in chunks of whatever cheese we have lying around once it's all in the pot, since there's plenty of hot stuff in there to melt it. Trust me: it’ll taste gooood!

My daughter has been known to scoff, “What IS that?” when she sees some plain elbow noodles with orange cheez sauce (I admit she will gladly eat it!). Then again, she’s offering, this evening, “Vegetarian chicken with banana yoghurt, peas and paprika.” 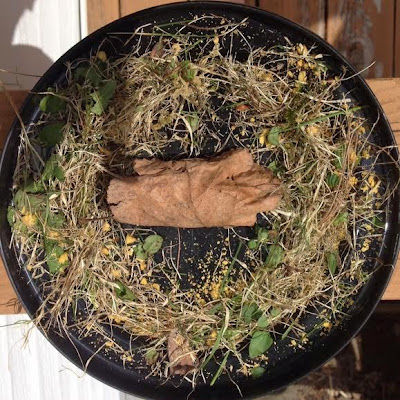 
* Yes, this was eaten - in its entirety -  by the Full Spectrum children.

Posted by Full Spectrum Mama at 11:07 AM No comments: