There’s something I’ve been struggling with for some time now. 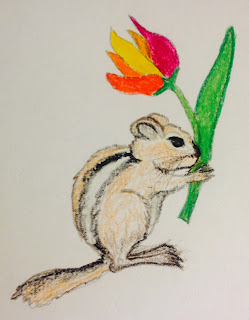 To make it less loaded as a puzzle, let me start with a lighthearted example. Let’s say there’s this thing we call a chipmunk. We use that name to refer to a particular type of creature, a small, orange-y, striped, cute one; and to distinguish it from the larger, less-cute (to some), similar-but-usually-grey animal we call the squirrel, not to mention any number of other rodents and animals. It’s useful to have a shared name for this distinct creature. And we may even have other names for individual chipmunks, such as “Little Jerk,”  and “Garden *&%#$.” But we always know what chipmunks are — and what they are not.

But what if we found out that the very word chipmunk was problematic? What if chipmunk was another name for, Oh, I don’t know, a possible Nazi-sympathizer?

Besides it being a commonly-understood term — and an erstwhile diagnosis/label (one no longer widely accepted in the professional/medical/neurological sphere) — why do we use the word Asperger? I had to take a hard look at my own usage and I realized that — although I do avoid the term “high functioning autism” (or HFA), because I think it has questionable implications and is implicitly comparative of human beings — I have typically used Asperger somewhat in the same way. That is, I have unconsciously used this term to make it clear that my son is the kind of autistic person who has special interests and above-average intelligence, etc. That was wrong of me — as continuing to use this term would be.

At the same time, I also used the term to describe him because the general usage/understanding of this term really fits G as he is: highly verbal, quirky, not so great with social cues…But that’s not going to fly anymore.

Autistic and on the autism spectrum seem fine to me, but a little too defining/labeling for day-to-day use (I do not like autism spectrum disorder as I do not frame different brains as inherently disordered!). From now on, I am going to use the term neurodiverse. Yes, it’s slightly meaningless (a la “tasty” — oooh, it has a taste!), but it neither refers to a kind of human being by the name of a criminal nor distinguishes between neurotypically devised “levels” of “functioning.”

P.S. I completely understand and honor those individuals and organizations who’ve chosen to stay with this name, or who chose it prior to knowing about the complex history behind it. This is my choice, for myself.

An InLinkz Link-up
Posted by Full Spectrum Mama at 3:56 AM 8 comments: