“Z, please come downstairs,” I called from the kitchen.

Since I was cooking dinner and not really paying attention, it took a few minutes to realize my daughter hadn’t shown up. Sharing in kitchen chores is something Z really enjoys, an opportunity for us to have plain old fun together, so I tried again.

She came to stand near me as I bustled about.

“Sorry Mama,” she informed me, “I didn’t hear you the first time.”

“Well, if you didn’t hear me, “ I sputtered, “How would you have known I called you the first time, then?”

“Normal?” Perhaps. (Although not in the autism area of our Full Spectrum.) In the context of the rest of that day’s events, this exchange emerges as one of many instances of survival-motivated behaviors that add up to an overall tendency toward evasiveness and, therefore, at least in our case, dishonesty.

How does one raise a child inclined to subterfuge? On even the most minor points, Z tends toward confabulation. That is, her disorder (for confabulation implies an illness, often dementia) inclines her toward making up whatever answer is most suitable to her needs.

We have made some real progress with tantrums since the early days (see, for example, http://fullspectrummama.blogspot.com/2012/06/needhelp.html) but the more subtle matters of day-to-day integrity are an ongoing trial.

I was recently talking with my mother about why I haven’t really explored the online world of attachment disorders in the same way that I have those of autism and aspergers syndrome. I told her I thought it was because most autism sites seem to celebrate people’s differences while I feared attachment disorder sites would just make me scared or sad. I knew that they might make me feel less alone in our struggles, but I suspected hearing about other people being as hopeless and desperate as I have sometimes been would be depressing.

When I googled “attachment disorders,” the first site I ended up on was:
http://adoption.families.com/blog/a-letter-to-our-new-neighbors-about-our-rad-daughter.

I had landed on a link to a letter on a parenting site, from a mother of a child with an attachment disorder to her new neighbors. Her daughter was quickly forming intense friendships with people in her new neighborhood and this Mama was concerned about the healthy development of those relationships.

I know how she felt having to write that letter. When you have a child with an attachment disorder, sometimes you feel like you need to write similar letters, over and over, even to some of the closest people around you.

A Context Spectrum comes to mind: yes, I understand that sometimes {insert behavior} is “normal” (and, hey, maybe you are trying to make us feel better – thanks!) but in a context of {behavior}, {behavior}, and {behavior}, it is NOT normal. And to ignore it will NOT help, in fact it will almost certainly make things worse.  So please, dear {recipient of letter}, understand that we need to handle this in a way that might seem overly strict to you, but, beloved {recipient of letter}, trust me that you do Not know best in this context.

This letter-writing Mama’s daughter is, like Z, incredibly charming and engaging, and her mother is worried – for good reason – that her daughter’s interactions with neighbors may spiral out of balance in any number of ways.

Her letter most definitely touched a nerve.

I didn’t go to any other attachment disorder sites that day.

I had a vague idea about attachment disorders but assumed since I brought Z home under the age of one she would be unaffected by this illness.

The fact that I was unable to put Z down for a year or so (according to those with intact memories of this period [not including me]) without causing an unremitting stream of bloodcurdling screams to emit from her tiny mouth might have indicated that something unusual was going on. I attributed her neediness to her exceptional intelligence and sensitivity, as well as to her temperament, about which our guides in China had warned us. I can still remember “Rose,” standing at the front of our bus with a microphone, announcing with a big grin, “Since they are from Jiangxi Province, your daughters are gonna be Spicy!”

The contrast between the plump, smiling, radiant six-month old baby in the referral picture I received and the scrawny, closed-faced child of nine months and three weeks that I met was stark. What happened in those three months? Was it something specific, like hunger or abuse? Or was it just that my incredibly perceptive girl had noticed that something was missing?

I thought that once I brought her home and fattened her up a bit that jolly baby Z would re-emerge unscathed. It hasn’t been that simple. Loving my vibrant, wonderful yet troubled daughter has not been enough to heal her – yet; and we have searched at length for therapeutic modes of discipline that will actually work.

When I first brought home my “first and best-behaved child,” Pancha, who happened to be a dog (Figure I), I resolved to never say “bad dog!” “Bad dog” just sounded so mean. Love the sinner, hate the sin! I decided, instead, to call her “poorly behaved” if she did something “bad.” 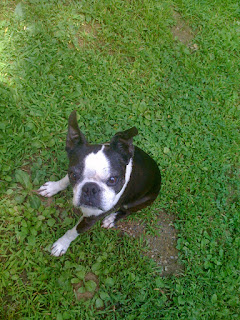 Figure I -- The beautiful Pancha,* a.k.a. Sri Sri Sri Panchananda-ji, Gabooboogee, The Punk

Pancha joined my household when I was in the early years of graduate school and was living on a fellowship that only barely paid the bills. Every once in awhile – as in, every year or so -- I would buy something new to wear; slightly more often I’d indulge in second-hand clothes from the 96th Street Salvation Army.


When Pancha was still a puppy, I purchased a precious, precious new pair of shoes. She promptly chewed them to pieces. I was devastated and determined to prevent such an event ever recurring. I put her on her back to show her who was boss and scolded her with a mighty wrath. She trembled, cowering and groveling in guilt and remorse. Except – as she cowered and groveled in guilt and remorse, she reached out with one paw and – dink, dink – played with a toy.


My daughter reminds me a lot of Pancha: brilliant, beautiful, vivacious, punk, very lovable, very hungry – and with a bifurcated mind. One part focused on pleasing Mama, the other (larger) on getting what she wants…Conscience? “Is still acquiring this skill,” as they say on Vermont report cards. My beautiful dog and my beautiful daughter: both quite good at aping respect; underneath that surface layer, both convinced that they should take control. It was cute in a small dog, in a small person it is sometimes disturbing.

Z doesn’t even do the fake remorse, groveling or cowering. If Z is found out in a lie or poorly behaved activity she is, not to put too fine a point on it, pissed. She has to be reminded, often firmly obliged, to say she is sorry.  The jury is still out on whether forced apology works on any non-superficial level or is an acceptable parenting tool, beyond the most simple and public of social situations (i.e., “Please apologize to that other child for cutting in line”).

A wise aunt once told me, “Be careful that you don’t scold your child in a way that makes her begin to have a picture of herself as ‘the bad one.” I’ve tried to combine that with the notion of “poorly behaved” to manage Z’s disordered actions as actions per se -- and not character flaws. As I mentioned, we’ve made major progress with tantrums. We are down from multiples every day to an average of one or two real humdingers a week!

But Z’s general approach to life seems still to be one of pragmatic get-what-I-want-with-a-minimum-of-obstacles-ism. Despite my never using this word with her, when I ask Z why she did a given “bad” thing she will answer me with a shrug, “Because I am bad.” 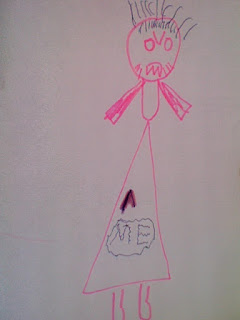 Figure II -- Self Portrait by Z, casually left on the drawing table

During a Harry Potter camp last summer, the kids brought home stuffed owls and kept them in their windows. A mysterious “someone” would send notes every night (for a very long time, every night, until, indeed, the owls got very “tired” and “retired” to chairs and beds!). Over and over again Z received notes that affirmed her essential, innate goodness, in words she could understand: “Let your good heart shine,” “ You are so kind inside – don’t be afraid to let your kindness out!” and so on. 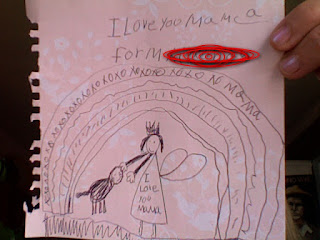 Figure III – Drawing under the drawing in Figure II: slightly comforting in the drawing
context spectrum, assuming she is the one with the wings...

Around this fall equinox I had a talk with G and Z about what the equinox represents -- the equal day and night hours, the meaning of equanimity, finding balance…

I shared that I felt like my teaching work had taken over all my writing and yoga practice time (please see http://whitewhine.com/) and that I felt out of balance for that reason. I asked them if there was anything in their lives that needed to be in better balance.

G replied that he felt that his life was in a good balance.

Then Z announced, “I‘m too bad. I’m going to stop being bad, just like I stopped biting my nails.”  (Her quitting a serious nail-biting habit is an example I always use for her to remind her of her strong will power.)

“Oh, Z, you are not bad,” I reassured her, “Sometimes you may do a thing that seems bad but that’s just because you are hurting inside.”

This is, after all, how I explain unkindness, cruelty, lashing out and general chumpitude to myself and to my son, on his spot on the Full Spectrum. I prefer this explanation to one of selfishness, and in Z’s case I believe it holds true.  It is my failure as her Mama that all my linguistic somersaults have not prevented my daughter from thinking she is “bad.”

Nor have my modes of discipline made much progress: Did Z stop being poorly behaved? Not quite yet.

Is not the fact that we both get to keep trying not one of the neatest things about life?

* Some haters may quibble with the word “beautiful” being used to describe my stunningly lovely dog. I have nothing to say to them.

Posted by Full Spectrum Mama at 9:18 AM