We are at a family wedding in Maine. My sweet, hunky cousin, Whitey McWhiteperson is marrying one of the most beautiful women I have ever seen in my life,* who happens to be from Kenya, although she grew up mostly in the United States.

We are surrounded by close to a hundred people from Africa – most are from Kenya but a few are from Liberia, Ghana and Zimbabwe; most are immigrants to the U.S., but some are here from abroad. My family, consisting primarily of real live White people, makes up only a fraction of the wedding guests.

Many guests from The Bride’s side are in traditional dress, especially the women, who are in amazing, architectural headpieces and dresses of bright, stunning fabrics.

The Bridal Procession begins. The Bride is preceded by a whole bunch of middle-aged women singing exquisite and/or rowdy songs in Swahili. Other women are jubilantly ululating. As The Bride proceeds, she is accompanied by a rainbow of younger women in a variety of matching outfits by group (future sisters-in-law in lavender taffeta, friends from the U.S. in blue silk, friends/family from abroad in mixed colors…).

The singing, ululating elder women are using large, intricately patterned cloths as rugs to cover the ground in front of The Bride. Each cloth is removed as soon as she has passed, and quickly carried forward to lengthen the stretch of cloths in her path so that she need never touch the ground until reaching the altar.

G and Z and I are watching the scene with delight and wonder. G has settled down a bit from his initial flailing and neediness (from feeling overwhelmed by all the people and a new environment). I see stars in my daughter’s eyes and am happy to know she is experiencing such a harmonious, extraordinary, multicultural and flat-out-super-enjoyable event.

I’ll look forward to the color-blind (gender-blind, sexual-orientation-blind...sigh) day when such heterogeneity is a commonplace, but for now I’m feeling truly grateful that my daughter gets to experience this diversity in relatively-homogenous northern New England. 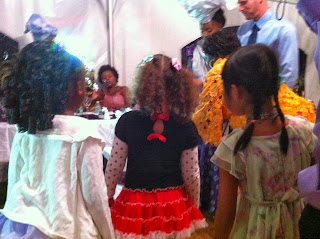 Figure I – Z (right) with New Friends at the Wedding

A hush falls on the guests as The Bride and her attendants near the altar, which is located on a breathtaking spit of land overlooking the ocean. The singing gets quieter, but no less moving.

Suddenly, through the reverent silence of the audience, a large voice rings out from my rather small daughter: “That dress must have been relley expensive!”

All around us, people are laughing, with a slight undercurrent of chagrin. My entire parenting career passes before my eyes: what about “our” values (non-materialism, valuing what’s INSIDE instead of appearances…)? Why bother raising kids without tv and consumer culture if this is what happens in the end? How is it that, surrounded by marvels of all sorts, the price of the dress is what Z chose to focus on??? Where did this comment of hers come from???? Is there some genetic component to character????????? As well, whence the Valley Girl accent?

So, you know, next thing I know I am drinking a teensy bit more than I might be under other circumstances. Right? Right? Doesn’t everybody feel a smidge uncomfortable around family?

Lucky for me, after a few hours on the dance floor, what remained with me was laughter and the pleasure of losing myself in the festivities (with a little help from my old friend Vino).

This was partly because Z and I were the last ones dancing from my cousin’s family, shaking our patooties long after the rest of that side had left the dance floor. Thereby proving beyond a shadow of a doubt that (as alienated as some in my biological family may be) my daughter and I are totally related.

And it was partly because, as a fabulous someone said, “At least she didn’t say it looks cheap!”

Posted by Full Spectrum Mama at 8:53 AM