From time to time, Full Spectrum Mama feels inclined to posit the existence of heretofore undiscovered mechanisms of being, such as the Extrapolator-Catastrophizer Gland (a.k.a. the ECG -- http://fullspectrummama.blogspot.com/2013/05/the-incident-of-overactive-extrapolator.html).

I’ve noticed over the years that, when one child is seriously – really seriously -- full of beans, the other will often back off from any of their usual “issyews” because, well, I used to think it was they could tell that MAMA CAN’T TAKE IT ANYMORE and if ONE. MORE.THING. HAPPENS…She’s gonna BLOW.

However. I’ve recently come to believe in the existence of a previously unknown ethereal apparatus that I am going to dub The Hard Times Alternator (THTA). This nifty device, when in good working order, is what makes one child stand in slack-jawed awe of another child’s tantrum, rather than joining in or – egads – cooking up their own simultaneous insidious activity. (Please see Figure I, below.) Then, it’s what makes Ms. or Mr. Slack-Jawed bust out a classic drive-u-nutz move once their Loco sibling has subsided. This is known as "The THTA Switcheroo." And then you eat the candy. A lot of candy. 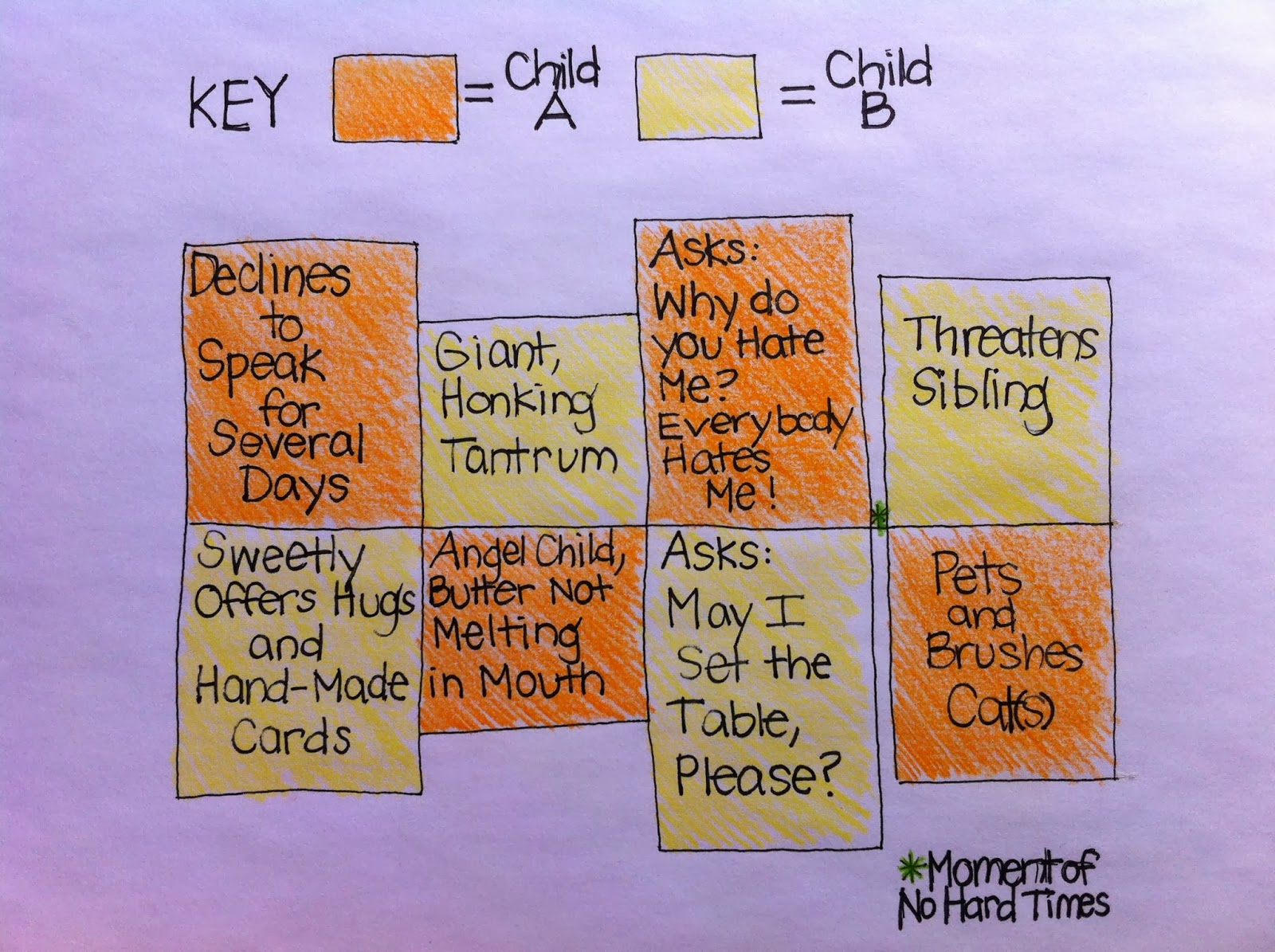 THTA is what makes you get several new part time jobs when you lose the one you had; or get a really great magazine in the mail right when you get sick. It drops the good thing in on either side of the less-good thing. So that you can live?

THTA is Not to be confused with the classic “We only get [or ‘God only gives us’] what we can handle.” Which – just – no.*

Indeed, ideally, THTA should be a fair manifestation of macro-order justice and balance, proportionately bringing ease where needed and modulating struggle.

Do you feel slammed? Maybe your Hard Times Alternator is jammed. Unjam that slam with some [insert clever, applicable rhyme here].

* This insipid and presumptuous saying is a perennial favorite COMPLAINT of THE COMPLAINT DEPARTMENT.

Posted by Full Spectrum Mama at 11:28 AM