SHOULD I HAVE SAID SOMETHING?

“Speak your mind, even if your voice shakes.”

Late October. I am on a walk with my puppy, who has just been diagnosed with Lyme. I stop to chat with an elderly neighbor, and we get on to the topic of tick “prevention” meds, veterinary care in general…She knows I am a writer and editor and tells me I “should have been a vet - what with the cost of tick medicine…” She says her granddaughter wanted to be a vet but “instead works with autistic children,” and, “What a mistake! It would’ve been easier to work with animals!” As I often am in such situations, I am, briefly, paralyzed. I wonder if I should say something. And I choose not to do so.

For one thing, my neighbor is elderly and I don’t want to seem confrontational. For another, I sometimes get tired of always having to explain things and advocate; I save that energy for where it really matters: primarily for school, family and close community, and for thinking about and researching G’s future options…

Later I realize it seemed like it would have been an “easier” choice if she had said “women” or “Chinese people” instead of “autistic.” But it’s NOT. In some ways, there’s a big difference between a casual statement by a neighbor and bullying or discrimination…But in a very real way these are all on the same continuum.

Dear Persons, I can think of so, so many similar instances when I have said something about injustice or discrimination or stereotyping and some where I have not . Times when I have been angry and said angry things. Times when I have been bullied for standing up for my child. Times when I have been articulate, convincing, empathy-inducing. Times when I  have been speechless, like when someone yelled a racist slur at my daughter, or just plain confused. It can be scary to speak up, and, although I usually don’t lack the courage, per se, my sensory processing differences (SPD) can mean that when I feel scared I can’t also process a coherent thought/response until after the moment has passed…

And then…the election. Even my readers abroad know which one I am talking about.

This is a moment in history when it is important to be very clear and so I want to say something here. Here is one place I speak up, always. I cannot separate out whether my stance comes from having one child on the spectrum and one child who is a person of color (and many family members and close friends of color and/or of non-hetero orientation/identification and/or on the spectrum and/or of non-Christian religious affiliation…), but my stance and our stance as a family is very simple:

We stand with all oppressed peoples, as well as with all people with financial, white, or other privileges who believe in equality and use their privilege(s) for good.

This goes beyond wearing a safety pin, attending protests, and writing postcards as part of the Local Love Brigade, to being willing to open our home and beyond. When they come for you, when you need solidarity, call us to your side.

Would we hide you? Yes.

This is one time our black and white thinking serves us: there’s no room for equivocation here.

We families who have significant differences from “the norm” are used to standing up for ourselves - and, often, others. We might sometimes be tired, but we are experienced advocates, sometimes to our own surprise. These skills are especially important now, as we see hate crimes and discrimination on the rise, and ignorance being celebrated.  Sure, many will not listen or truly hear us, but some people will, and that makes our efforts worthwhile. 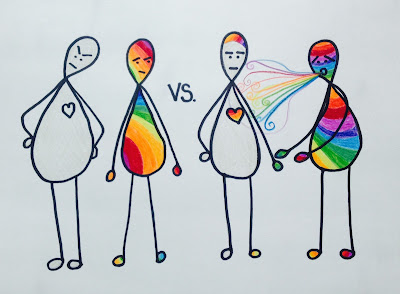 Should I have said something? Yes. Next time I will, even if it’s hard, even if I’m worn out, even if my voice shakes.

I hope you will, too.

P.S. Coming up in my next post: ways to say something! 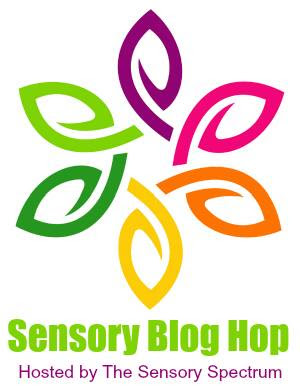 
An InLinkz Link-up
Posted by Full Spectrum Mama at 3:12 AM