Last week, I took my daughter Z on a mother-daughter trip to Emily Dickinson’s home. Since Pardner is a chef, we have lots and lots of time together, but are almost always with her brother, G. The outing — happily anticipated by me —  involved a lot of side eye and bored resignation on Z’s part. Parsing which aspects of her attitude belong to rote teen sullenness, which are characterological, and which are attachment disordered is pretty much impossible, so I will just say that she was not terribly impressed. (She was “sort of ok” with the parts of our “adventure” that involved food…)

We were able to have this delightful alone time because, this spring, G got into a federal college prep program for underprivileged and/or underrepresented teens that provides several residential weeks of classes and other enrichment in the summer.

I sobbed for days when G got accepted into this program. It’s not that I’ve never had allies. There have been lots of angels along our path (and some less-helpful people as well, to put it mildly…), especially certain teachers and helpers in his schools. But this program is comprehensive, and year-round, and it explicitly aims to get kids into college who might not otherwise go.

I’ve always seen G — with his amazing ideas and creativity and interesting, interested mind —  as someone who’d have a wonderful, inspiring time in college; but I’ve also known it would be a huge stretch, given his learning differences and our income. I’ve been sad about that pretty much since G’s diagnoses.

For the first time, I felt like  a group of people who could really HELP G also really GOT and SAW him. After so many years struggling to get school staff to follow his IEP, or see him as more than just a label, these people were going to spend hours and days and weeks working with G and other teens to build the exact skills needed to get into and attend college!

The program was also going to help…well…ME. This enterprise of advocating for a child with learning and social and physical differences and challenges can be all-consuming. There have been many, many times when I have felt like other people were talking about a different kid when discussing G — and that they basically had never even met the child I knew…

Knowing that this program was going to help me did two major things: it allowed me to finally admit how much I NEEDED that help, and it gave me HOPE.

Seriously, dear readers, it was a revelation to me how lonely and afraid  I’d felt in this endeavor — so much so that I couldn’t even acknowledge those feelings until there was something to alleviate them. I mention this because you may be in the same boat and I hope you, too, can find that thing or those things that uplift you and yours.

In the weeks leading up to his first departure, I was increasingly worried as G failed (as always) to brush his teeth unless supervised or shower unless coerced, evinced literally no executive function whatsoever, and had an end-of-semester 9th grade experience in which both his grades and behavior (at home and school) could have been more than a scootch better.

In his first week at the program, self-regulation issues got the better of him. I was barraged with emails with innocuous yet terrifying headlines like “Update,” and “Checking in.” My Meeting Friend — having endured such periods of uncertainty and fear herself when her child was on tenuous ground in various programs — helped me survive. She gave me hope.

Together, G and I and the staff of the program came up with strategies (including having no phone whatsoever) to assist G to fully participate. We gave me hope. He’s in the third week of the program and so far says it’s “fun” (his highest compliment).

And Z? She’s doing her own camp, where she can be surrounded by other sour teens. I am pretty sure she’s having “fun” too! 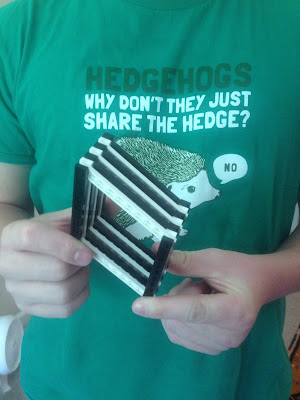 Figure I - “Lego Construction Representing Unity and Difference” (when G saw I was working on this blog post he made this for me, saying, “Everybody expects Lego stuff to be square and this is not - it’s different. And the black and white together represent unity.”) 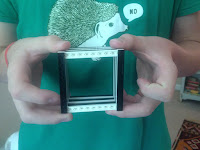 It’s a little bit of a vulnerable thing, to allow oneself to hope. There have so far been ups and downs, but I’ll take it.

I shall leave you with this poem, by a woman many people speculate may have been on the autism spectrum — and who certainly was both extremely “different” and successful in her own ways.

“Hope” is the thing with feathers
By Emily Dickinson

I’ve heard it in the chillest land -
And on the strangest Sea -
Yet - never - in Extremity,
It asked a crumb - of me.

An InLinkz Link-up
Posted by Full Spectrum Mama at 2:57 AM