By the end of August, almost everything I said was making G really, really mad. Could be sulking mad, could be yelling mad; whatever I had to say, he was angry.

If I said, “Ask yourself if you really need thirds on ice cream,” he’d be enraged, for hours.

“Let’s get some fresh air”: seething, at length, with rage.

Screens, picking up stuff left all over the house, bedtime, laundry, hygiene, homework, manners, state of his room…All were loaded topics.

One night, after a loooooooong day, I decided it was time to let go. Yep, all at once. It was time for Operation [G] Freedom.

I didn’t actually even think it through. At all. I just sat down at the dining room table and said, “I’m done. You’re going away to college next year and I’m not going to be there to remind you to sleep, or get exercise, or make good choices.

“This year is a great time for you to ruin your life in a safe context. So do whatever you want! I don’t want to fight with you anymore and you have to learn this stuff to succeed in life anyway!”

Then I got up and went back into the kitchen to do all the things.

A few minutes later, I heard, in a kind of tiny voice, “Mom? I don’t want to ruin my life.”

“Oh sweetie,” I said, “I don’t mean ruin-ruin your life, exactly. It’s just that the things I tell you that make you mad, those are things that you need to do or not do. So if you do or don’t do them at home, that’s a safe place to fail.

“I’m hoping you’ll realize for yourself that I’m not nuts or trying to annoy you. And figure out why you need to do certain things, like sleep regularly or not be on your phone 24/7. That way, when you get out on your own you’ll be able to do what you need to do to succeed—like get some healthy exercise and finish your schoolwork on time—without making huge errors in judgment.”

Now, I don’t think any of this would’ve worked a year ago, or even a few months. I’ve watched my friends whose kids don’t have developmental differences gradually reach this point years ago, but G needed extra time.

Paradoxically, I'm basically giving him more freedom than many of his typically developing peers currently enjoy. That's because until very recently G didn't seem to have enough common sense or self-regulation to manage the tiny amounts of freedom he was given. Now, he only has this year of high school left in which to practice those skills before leaving for college.

What he said next showed me he was ready to try.

“I don’t know if I want that kind of freedom,” G admitted a few hours later. “I think I’m going to use the same parameters you gave me.”

And he has, for the most part. Admittedly with less sleep and more screens, but not so much that he’s messing up in school or in general. (Yet?)

So far, perhaps the most amazing thing to come out of this is a huge shift in our dynamic. G can actually, finally hear me again without taking offense.

For…years, really, there was a lot of struggle between us over just about everything. Now, because I’m no longer trying to command him—and because he feels respected—he’s able to listen respectfully.

I’ll make a suggestion from time to time—“At your age, you need 10 hours of sleep a night, so if I were you I’d figure out what time I need to get up and see what is a good time to go to bed”—and then ask, “Does that make sense?”

When he resists—“You just had cross country practice. How about a shower?” “Nah”— I simply state a logical consequence—“Well, you’ll be smelly all day”—and move on.

I never, ever claim to have “The Answer.” All families and all individuals are different. For some families, this shift is probably inconceivable (as it was for us not long ago); for others, it’s not on the horizon at all. And who knows, we may need to ease back into more  regulation—it hasn’t been that long!

Also? Don’t get me wrong: I’m scared. Really scared. About ALL the menacing things, for the foreseeable future. But this does seem to be working for our family right now. 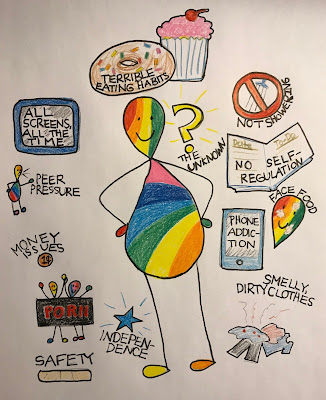 Figure I — Some Of The Menacing Things (not shown: accidental pregnancy, loneliness, driving, unintentionally breaking the law…)

Moving forward, I’m planning to try to stop even making those suggestions. I’m going to dare to allow for the possibility of failure—AND the potential for entirely self-directed success. I’m stepping back so that G can achieve his own kind of greatness on his own terms.

That means when he chooses to stay up all night or never, ever do his laundry, or leave random dishes and papers and shoes and books and pens and Magic the Gathering cards (and so on, and on, and on...) EVERYWHERE I am going to stay quiet and let him experience the consequences…Also on his own terms.

That means I can reduce my worrying-about-college time significantly, freeing up time to worry about a bunch of random things for wholesome activities.

At the same time, I’ve been grappling with ways to help him gain increased responsibility as a fair and natural part of increased freedom. That means picking up after himself more, at the very least, right? Fingers crossed.

You are invited to the Inlinkz link party!
Click here to enter
Posted by Full Spectrum Mama at 4:04 AM 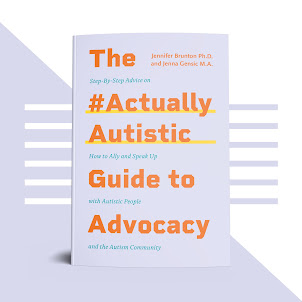