It’s that special time of the year again when Partial (incomplete) Monochrome Persona (PiMP) begins to solicit COMPLAINTS on behalf of Full Spectrum Mama for THE COMPLAINT DEPARTMENT. Last year, we published COMPLAINTS of a very wide-ranging and accepting sort, in hopes that, by being COMPLAINED, said COMPLAINTS were rendered slightly less itchy, lonely, peculiar, injustice-esque, throbbing, tender,  and/or badbadbad.

New for 2014: a handy dandy COMPLAINT DEPARTMENT button, at right, where COMPLAINTS may be submitted year-round!

You will know it by its custom-designed "depressing rainbow" illustration, courtesy of Full Spectrum Daughter, Z: 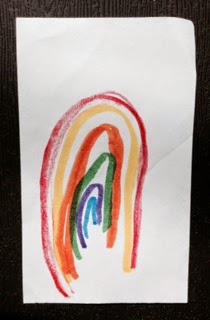 Posted by Full Spectrum Mama at 9:41 AM

Email ThisBlogThis!Share to TwitterShare to FacebookShare to Pinterest
Labels: THE COMPLAINT DEPARTMENT NEWS